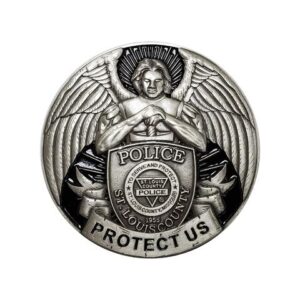 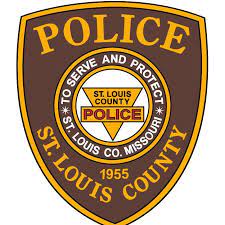 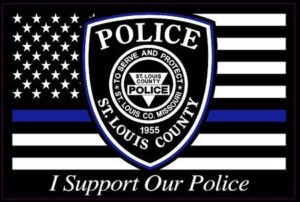 View items purchased for the 3rd and 4th Precincts by the SCPBA.

Learn more about how to become a member of the South County Police Business Association.

Click to donate to the South County Police Business Association.

Join Us For Our

2022 Officer of the Year Luncheon 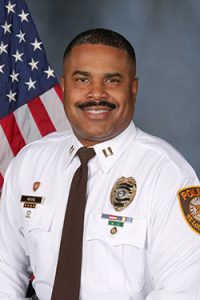 Captain Means began his career with the St. Louis County Police Department in 1991 as a patrol officer assigned to the Affton Southwest Precinct. There he was a Certified Bike Officer and Neighborhood Policing Officer. In 1995 he was assigned to the Municipal Services Unit in the Office of the Chief of Police. This unit is responsible for developing and maintaining liaisons with area law enforcement agencies in an effort to improve the delivery of police services. It is also responsible for the coordination of police municipal service contracts with municipal law enforcement agencies and governments. Promoted to Sergeant in 1999, he served as a Patrol Supervisor in the West County Precinct until 2001 when he was reassigned to the Metro Link Unit as a Supervisor. In 2002 he was assigned to the Office of the Chief of Police as the Administrative Aide.

Captain Means was the Vice-President of the Do The Right Thing Program in conjunction with KMOV-TV Channel 4 in 2002-2003. During this time he was promoted to Lieutenant and served as Watch Commander in the Central and North County Precinct. The year 2010 provided another promotion to the rank of Captain. Reassignment back to the Metro Link and serving as the Commander of that unit, he earned a reputation for driving sustainable initiatives that continued to ensure a safe ridership and community by preventing crime, championing exceptional relationships, and building community trust through collaboration with stakeholders, leaders and members of the community. Captain Means served as the Precinct Commander in the Central and North County Precincts from 2013-2019 where he had been instrumental in significantly reducing crime in both precincts.

In 2019 he was reassigned as the Commander of the Bureau of Logistic Support where he supervised the department’s following units: Vehicle and Uniform Supply, Body Worn Camera (BWC), Computer Service, SOR Unit, Watchman License, Central Police Records and CARE. In November of 2020 Captain Means was reassigned to his current position as the Commander of the Affton Southwest Precinct.

Captain Means holds a Bachelors Degree in Criminal Justice Management, is a graduate of the FBI National Academy, a 2010 graduate and member of the FBI-Law Enforcement Executive Development Academy (FBI-LEEDA), and has completed the IACP-Leadership in Police Organizations (LPO) Training Program. Additionally, he is a member of the St. Louis County Crisis Intervention Team (CIT) and lastly, Captain Means has received several Awards of Excellence, four Chief’s Commendations, and 35 letters of appreciation.

Captain James Schneider was born in Maryville, Missouri and currently resides in southwest St. Louis County with his wife and their two sons.

He began his career in the Affton Precinct in January 1995 as a patrolman. He served in the Tactical Operations Unit from January 1998 until his promotion to Sergeant in August 2000. As a Sergeant he served in the North County and Affton Precincts until his transfer to the Bureau of Drug Enforcement in July 2001. He was promoted to Captain in March 2012 and has served in the Affton Southwest Precinct, then in the North County Precinct, and in 2007 was moved back to Affton Southwest. He was the commander of the Intelligence Unit beginning in 2011, prior to being given his current command in the South County Precinct in March 2012.

Captain Schneider is Chairman of the Department’s Neighborhood Policing Committee. He is responsible for the coordination of the Neighborhood Policing Committee and its role in community relations/crime prevention functions and affirms the commitment of the St. Louis County Police Department to promote close ties with and respond to the needs of the community. He is also a member of the National Tactical Officers Association, Missouri Narcotics Officers Association, and former member of the Mid-West Gang Investigators Association.

Captain Schneider holds a Bachelors of Science Degree in Criminal Justice from Central Missouri State University and has received over 27 awards and letters of appreciation, including three Chief’s Commendations.